With the first ever New Orleans Saints playoff victory over the St. Louis Rams and the success of the 2000 NFL season still fresh in their minds, Saints fans waited for the opening kickoff of the ensuing season with an anticipation not felt in almost a decade. An explosive offense lead by a young, dynamic quarterback in Aaron Brooks and a capable and talented defense had some NFL analysts making the prediction that New Orleans had entered the ranks of professional football’s elite. But in the end, being shut out 38-0 against San Francisco, the conclusion of the 2001 New Orleans Saints season had the Whodat Faithful were once again saying, “Maybe Next Year”.

Deuce McAllister of Ol’ Miss was picked in the first round (23rd overall) and would go on to become one of the most beloved Saints since Archie Manning. Deuce would play 8 years and retire as the club’s All-Time Rushing Leaders in yards (6004) and touchdowns (49). Sedrick Hodge was taken in the third round. The outside linebacker would stay with the Saints until 2005. The only other player taken that made any impact was defensive tackle Kenny Smith from Alabama. Smith stayed with the team until 2004, mostly as a back-up.

By the time training camp rolled around, more of the Ditka crew was let go. Kicker Doug Brien, defensive end Jared Tomich and safety Rob Kelly were no longer on the team as well as fan favorite receiver Keith Poole. In 4 seasons with the Saints Poole had averaged 19.6 on 91 catches. Linebacker Mark Fields was released and signed by St. Louis and would finish his career with Carolina. Also gone was the veteran safety Darren Perry acquired the year before.
Free agent additions included Buffalo Bill receiver Albert Connell and Seahawk safety Jay Bellamy. Bellamy would stay on the Saints roster until 2007. Before the opening day, the Saints would sign longtime kicking standout John Carney. Carney played with New Orleans for a total of 7 seasons (2001-2006 and 2009).

One of the more unique signings in Saint History in 2001 was “The Beerman”, beer deliveryman Micheal Lewis. Lewis had no college, but had played Arena ball and was given a chance to tryout with the Saints. He ran a 4.3-fourty during his tryout. By the end of preseason, Micheal Lewis was averaging 28.5 yards on kick returns and 24.1 yards on punt returns— including a 74 yard TD against Denver.

Opening Day provided the New Orleans Saints with just their 10th ever opening season win as Aaron Brooks threw 3 touchdowns in a 24-6 victory over the Buffalo Bills. The offense started slowly and were down 6-0 at halftime. Opening the second half though, Brooks guided the Saints on a 8-play 82 yard drive capped by a 46-yard circus catch in the end zone by Albert Connell. Before the game was over Brooks would connect with Cam Cleeland and Rickey Williams with scores. Rickey Williams finished with 93 yards on the ground. The defense played spectacular. Joe Johnson had 3 sacks as the defense posted a total of 5 and Sammy Knight tied a team record with 3 interceptions. The Bills failed to score a touchdown.

Two days later, September 11, the United States suffered the awful attacks of terrorists on the World trade Center in New York and the Pentagon in Washington. No NFL games were played the following weekend and New Orleans had a bye on the 23rd.

September 30 the Saints faced the New York Giants, back in Giants Stadium for the first time since the attacks. As predicted, the game got quite emotional. Both teams were flagged for a total of 25 penalties. Micheal Lewis took the open kickoff 68 yards to the Giants 23, but the Saints squandered a scoring opportunity when an unnecessary roughness call on Kyle Turley pushed them back out of field goal range (it was the first of three Turley would receive during the game). By half-time the Giants were up 14-3 with TD runs from Ron Dayne and Tiki Barber. The Saints got close in the fourth when Aaron Brooks connected with Willie Jackson for a 33 yard score making it 14-10. Kerry Collins responded with 46 yard strike of his own to Joe Jurevicius with 6:05 left in the game. New Orleans pulled back with a 46-yard John Carney field goal bringing the score to 21-13 and when Kevin Mathis forced a Kerry Collins fumble recovered by Joe Johnson at the New Orleans 30 with 3:22 left. Driving all the way to the Giants 9, Aaron Brooks connected with Willie Jackson in the end zone for an apparent score. Unfortunately, New Orleans was flagged for not 1, but 2 offensive penalties, nullifying the score and ending the game. One bright spot was that the defense posted its second consecutive 5 sack game. Brooks finished the game with 291 yards on the day. Willie Jackson had 105 and a touchdown.

Against the Minnesota Vikings in game 3, we exacted revenge for the preceding season’s playoff loss as the defense came through again in dominating fashion with 6 sacks and 3 turnovers. Giving up only 34 yards on the ground as La’ Roi Glover and Darren Howard had two sacks each and Chris Oldham returned a Dante Culpepper fumble 38 yards for a score. John Carney tied a team record with 5 field goals and Ricky Williams rushed for 136 yards and a touchdown. Final score Saints 28, Vikings 15.

The following week against Carolina, New Orleans saw a 17-0 second quarter lead vanish as the Panthers rallied back with 25 points of their own. The last Carolina score — a 70 yard Steve Smith punt return — came with 1:48 left in the game. The Saints offense then took the last drive 81 yards (aided by 3 Panther penalties) and found themselves at the 1-yard line with 1 second left. It was Ricky Williams with the call as he got around the left side and went in for the game winning score. Ricky finished the game with 147 yards. 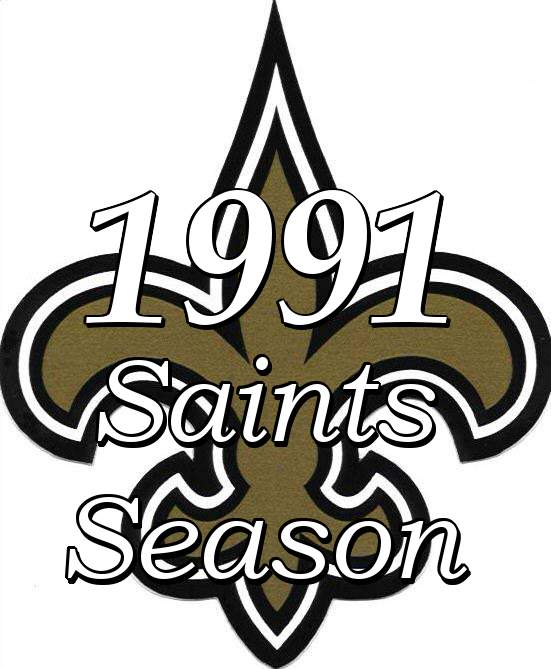